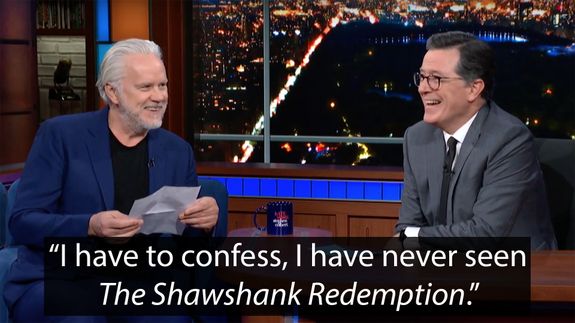 Everyone’s seen The Shawshank Redemption, right? Frank Darabont’s adaptation of Stephen King’s novella is the highest-rated movie on IMDb, and it regularly makes the top of various all-time favorites lists. If there’s one film everybody needs to see at least once, surely it’s that one.

Well, try telling Stephen ColbertThe Late Show host still hasn’t seen the film, and his Wednesday night guest – who just happens be the star of the movie, Tim Robbins – has some questions for him.

In the clip above, Robbins flips the interview around and makes Colbert take a quiz, where he has to try and work out if famous movie lines are from Shawshank or other well-known films. Read more…